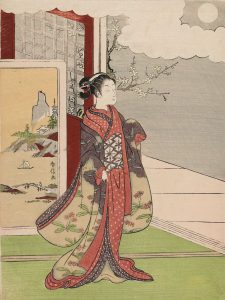 In Japan, the term ‘moon’ (tsuki 月) –unless otherwise specified– is usually referred to autumn (aki 秋), which in literature means ‘change’ and ‘maturity’. END_OF_DOCUMENT_TOKEN_TO_BE_REPLACED